Darken Rahl is the ultimate villain throughout the series. Even when he's dead he still causes chaos and wreaks havoc through the Midlands. He's suave, manipulative, ruthless and not a little bit mad.

Played to perfection by Craig Parker, Darken appears to enjoy killing but in Series 2we learn that he was actually a baneling. So did he really enjoy it or was it just what he had to do? Or maybe he came to enjoy it after doing it for so long.
Then again, he did kill his own father so perhaps he really did have the bloodlust.

His ability to manipulate is brilliant, who can forget the way he played Richard in Home? Or the way he manages to convince the amnesia ridden Jennsen that he's the good guy in Fever? 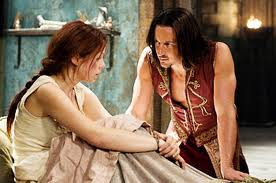 If we didn't know how evil he was we might be taken in too.

But what what sealed it for most of us was the episode Conversion when he torments the captured Kahlan and taunts a chained up Richard. 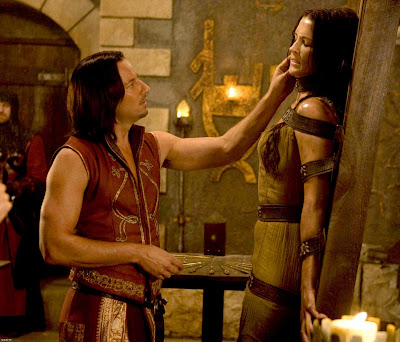 Of course, that episode also gave us Kahlan in the ConDar!

His evil is proven and his status sealed as the villain we love to hate.
Posted by Hellsbells at 11:54

he plays also in SPARTACUS....

I've not seen that, is he playing another bad guy?

He also played Haldir in LOTR.