For anyone who didn't see my previous post on the subject, the idea is that all fans who live in the US or Canada, post a picture of a red apple to the DisneyABC folks today.

That way they have a good chance of arriving all at the same time.

Us folks outside the US have sent ours, now it's your turn!

This is part of a new campaign idea to let the networks know that we'll do whatever it takes and we won't give up. As Dayna says, NALU! 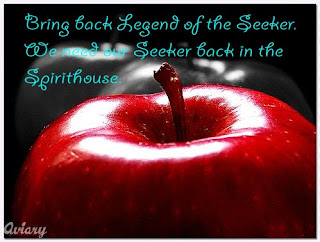 It doesn't cost much and it's important that we all do it together, so come on all you US and Canadian folks, let's get sending!

The addresses to send to are:

The original post and more sample letters can be found here
Posted by Hellsbells at 11:54