The English weather topday is gorgeous - hot, sunny with a sultry feel to the air. For some reason *cough, cough* it put me in mind of this: 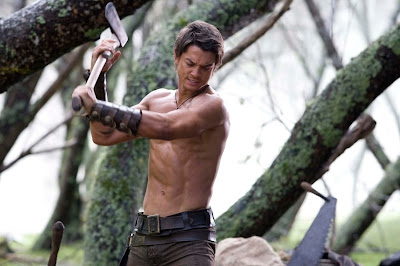 Come back to us soon Craigee!
Posted by Hellsbells at 11:31 No comments:

The SOS team have managed to get some DVDs signed by the delectable Craig and there is now just one day left to bid for them on Ebay!

1 copy each of the Season 1 and Season 2 DVD - click here to bid
Posted by Hellsbells at 20:54 No comments:

I watched the episode 'Wizard' this afternoon and my I had forgotten just what a sexy voice Gabriel Mann has!
I can't post his voice so you'll have to have his mischievous face instead 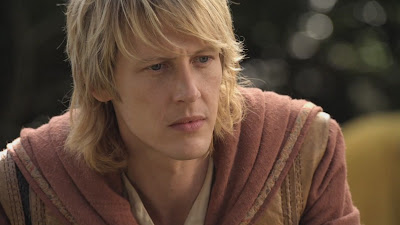 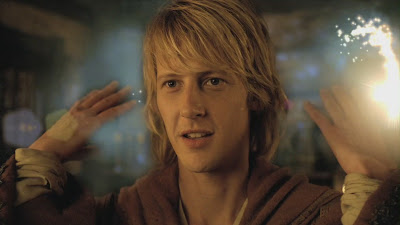 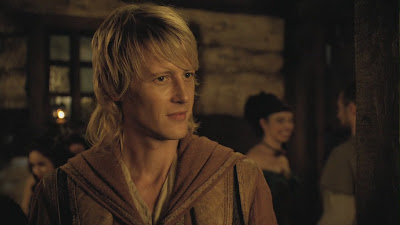 There's a definite twinkle in those eyes!
Posted by Hellsbells at 15:32 2 comments:

Your letter can simply be a brief note, so long as it is clear you want more Legend of the Seeker. ;)
-Postcards are both cheap and very effective.
-Be polite in your letters. The person who will read them didn't cancel our show, so we shouldn't treat them as if they did.
-If possible, try to argue that Legend of the Seeker would greatly benefit all parties involved in its resurrection. State that even with poor time slots, lack of promotion and erratic airing schedules, the series still managed to gain millions of dedicated followers. If given a chance, it could be one of the most popular shows currently on television!
-To request re-runs when we contact the networks!

Original post here
Posted by Hellsbells at 22:45 No comments:

Email ThisBlogThis!Share to TwitterShare to FacebookShare to Pinterest
Labels: JBC

Netfilx is asking twitter peeps what their favourite cancelled show is. Why is this a big deal you ask? Well, it's because Netflix has recently announced that it is to commission it's own original shows. It's branching out from rentals and is looking to produce it's own.
It recently secured the rights to produce 'Hose of Cards' from Hollywood powerhouse Kevin Spacey.

This is good news for us! Netflix knows what it's customers want so let's get on to telling them we want Seeker back.
You can reply to the tweet here

But please, do write to them as well. Their addresses have been added to the JBC

Also mention if you found, or watch, LotS through Netflix, it'll be more incentive for them.

Might also be worth combining this with the 'how much have you spent' campaign too, to really let them know how much they could make from picking the show up.
Posted by Hellsbells at 17:55 No comments: 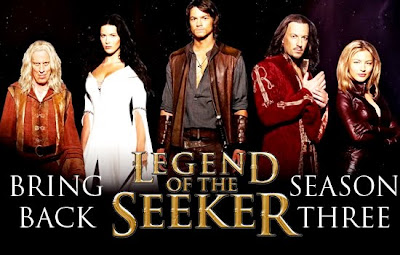 I've know, I've been away for a while, have been a very busy bee. But I'm back and still fighting!

First, I'm really pleased that we have a fan table at the London Film and Comic Con this July. It's a fabulous opportunity to expand the fan base and let more Brits now about the wonder that is LotS. If you want to come along and help man the table, I would love to hear from you and you can sign up here
Hoping to meet lots of other Seeker fans there!

Second, and more important, is that this time of year is when the US networks start looking at which shows they are going to pick up. This is our shot! If we can do a big drive to show the networks we're still here, still fighting and we still want out show, then we can convince them to pick it up. And now is the time to do it!
The unflappable team at the LotS forums have some brilliant ideas, and a much expanded Journey Book Campaign.
I know the long fight has been wearing and a lot of people have given up. But this time of year is a brilliant chance for us to show the hungry-for-new-shows networks that picking up LotS will make them money.
So if there was ever a time to get back in the fight, it is now!
Money counts to the networks so this thread by Dragonfly on telling the networks how much you've spent on SoS is a great idea. Count everything - stamps, paper, DVDs, donations, the works. And tell them how you'd much rather spend that money on merchandise from the show. Let's get those $$ signs flashing before their eyes!

Original post and schedule for March is here
Posted by Hellsbells at 18:37 No comments: 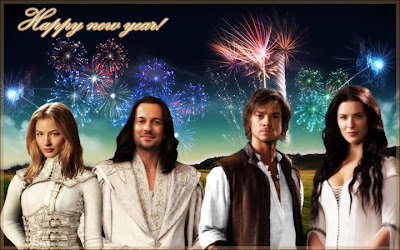 Thanks to Renata for the fab picture
Posted by Hellsbells at 21:59 2 comments: